Karen Jensen Obituary , Death – On Thursday, December 1st, 2022, a wife, mother, grandmother, sister, daughter, granddaughter, friend, and traveler left this world with her family by her side and went away quietly. In the month of May, Karen Elaine Hammond was born in the house her family occupied in Lake Point, Utah. Willard Taft Hammond and Norma Mae (Martin) Hammond welcomed their first child on December 17th, 1937.

Karen was the third child out of a total of seven. Following the passing of her father in 1945, she and her family relocated to Tooele, Utah, where she eventually wed Milton Ray Jensen on March 21, 1954. They brought into the world three beautiful children: Milton Kim, Teri Rae, and Byron Chris. At the time of Milton’s passing away on December 12, 2006, they had been married for a total of fifty-two years. Karen took in her younger brother Howard and assisted him in completing his high school education although she was busy parenting two young children and expecting another kid. In the latter part of 1980, the same year that her youngest child graduated from high school, she got her GED.

Karen was employed by the Tooele County School District for a number of years at Harris Elementary and then by the Tooele Army Depot, Supply, Box and Crate for a number of years.
During her retirement years, she spent her weekends at the El Nautica Boat Club, where she continued to enjoy camping, fishing, and other outdoor activities with her family and friends in the Rocky Mountain region. Karen’s dream was to someday embark on an adventure and see the world. She was able to travel to Alaska and Australia in addition to seeing a significant portion of the United States.

She was very creative and enjoyed making ceramics, knitting, sewing, baking, and candy making. Karen possessed an air of sophistication, a warm personality, and an insatiable craving for sweets. There was usually a variety of sweet delicacies available, including cinnamon buns, peanut butter cookies, pies, fudge, and more. As a compassionate caregiver, Karen Jensen will be remembered fondly. She was a very thoughtful and kind caregiver throughout the entirety of her life’s journey, no matter what stage she was in.
Karen is survived by her son Chris Jensen, who is married to Jodi, her daughter-in-law Carol Jensen, and her son-in-law David Hopkins. Cody (Jamie) Jensen, Shad (Cindy) Jensen, Aaron (Mary) Jensen, and Koda Hopkins are their grandparents’ grandchildren. Great grandchildren Hannah (Dusty) Schlund, and Blaze Jensen. 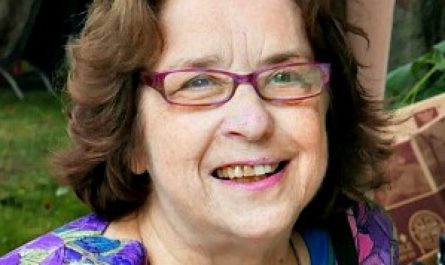