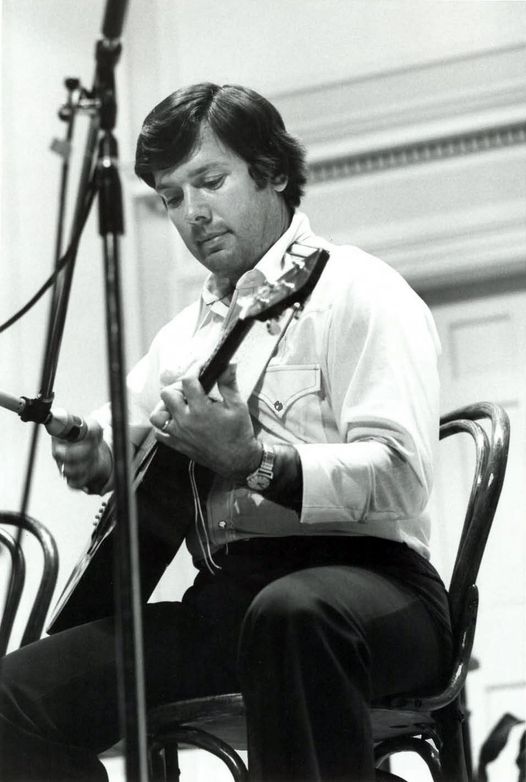 Jerry Thomasson Obituary, Death – Jerry Thomasson, a guitarist who frequently accompanied me on his tenor guitar and had a significant role in my success in national and grandmaster fiddle championships, passed away recently. This is very unfortunate news. Many people know Jerry through his father, Benny Thomasson, who was my important and iconic fiddle instructor. Jerry is known by his father’s name. This is a picture of Jerry from the 1970s taken in the Library of Congress, where we used to play together along with Benny. This photograph will be included in my soon-to-be-published biography, in which I will talk about Jerry and the numerous occasions on which we played and recorded together.

Jerry was a fantastic musician in the sense that he accompanied fiddlers by playing the tenor guitar in such a beautiful way that it created such an excellent sound for the style of Texas fiddling that I grew up playing. Jerry was one of the first people I ever saw play the tenor guitar. I was so moved by Jerry’s playing that when I was a kid, I taught myself to play tenor guitar so that I could accompany fiddlers in the same way that he did. Jerry would frequently pack his large car full of his many young children and his wife Sandra in the 1970s. He would then drive over the Texas state line or even across the country just to accompany his dad in the competition, along with almost any other fiddler who asked him to do so.

This would take place during the decade of the 1970s. And then at the end of the day, everybody would listen to them sing a song together in perfect harmony as a family. It was a lovely thing to behold. Sincere sympathies to his wife Sandra, as well as to his daughter Terry, who was a regular presence in my childhood, and to all of his other children and grandchildren. I really hope that many of you were able to witness firsthand the beauty and the force that his tenor guitar possesses. It was a part of a very distinctive soundtrack that I was raised on, and the fortunate few who were there also had the opportunity to grow up with it. So long, Jerry.