Andrew Lindsey Obituary, Death –  Andrew Hall Lindsey, age 32, a devoted son, brother, uncle, nephew, and cousin, lost his battle with unexpected illness and went away on Saturday, January 7. Bob and Valerie (Bouvier) Lindsey welcomed their son Andrew into the world on June 25, 1990, and the birth took place in Bloomington. He spent his childhood in Bloomington and received his high school diploma with honors from Bloomington North High School. He was inducted into the Kappa Delta Pi International Honor Society in Education after earning a Bachelor of Science degree in Education and being a member of the society. As part of his effort to carry on the educational legacy of his family, he earned a master’s degree in educational leadership. At the John R. Wooden Middle School in Martinsville, where he also coached baseball, he was a social studies teacher for middle school students. He was having a very good time with his kids this year, and he was always eager to discuss the activities that he was carrying out in the classroom. He felt a sense of satisfaction and pride in the achievements of his students.

Throughout his life, Andrew was driven by a variety of interests and pursuits. When he was younger, he was active in a variety of sports, including baseball, basketball, football, and wrestling. He made the most of his free time by going on long walks and appreciating the natural world. He went on a lot of lengthy hikes and always felt at ease when he was out in the wilderness. He had hiked through all of Indiana’s state parks and had also completed the Appalachian Trail. He had a soft spot in his heart for canines in particular. He looked forward to taking his family on vacation to Mexico on multiple occasions each year.

Andrew was a member of a family that was quite affectionate. He loved being an uncle to his three young nephews, and they cherished him in return. He was proud to be their uncle. It was easy to rely on him to pitch in and assist wherever he was required because he was the guy who was always the first to offer assistance to others. He was blessed with a beautiful smile and a witty, understated sense of humor. Andrew is survived by his parents, Bob and Valerie Lindsey, his brother Anthony (Elizabeth) Lindsey, his grandmother Ida Bouvier, his aunts Sherrill (Stuart) Curry, Susan (Al) Velasquez, Suzanne Bouvier, Alain (Kim) Bouvier, Monique (Jon) Loucks, and Andre Bouvier, his nephews Luke, Noah, and Trey Lindsey, and his cousins Curt

His great-grandparents, Doris and Bob Lindsey, as well as his grandfather Raymond Bouvier, and his cousin Christopher Curry all passed away before him. On Wednesday, January 11, visitation will take place at the Allen Funeral Home and Crematory located at 4155 South Old Road 37 in Bloomington between the hours of 4:00 and 8:00. Donations in memory of the deceased can be donated to the Bloomington Animal Shelter or the charity of one’s choice. 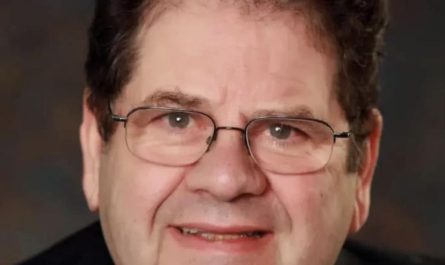