Alex Hafer Obituary, Death – Alex Hafer, who was once from Tamaqua and was 100 years old when he passed away, did so in a calm and serene manner on Saturday, December 31, 2022, at the Pine Brooke Personal Care Center in Orwigsburg, where he had been a resident for the previous seven years. Pine Brooke Personal Care Center was located in Orwigsburg. On Thursday, September 21, 1922, he was born in Tamaqua. His parents, Raymond S. Hafer and Ester Mae (Resh), had both passed away by the time he was born. He was their son.

Carl was also preceded in death by his loving wife of 76 years, Jean (Fisher) Hafer, who passed away on October 20, 2017; his son, J. Carl Hafer Jr.; grandsons, J. Carl Hafer III, Scot, and Stanley Borascius; his brother, Russel Hafer; sisters, Anna Grube and Wilhelmena Stauffer; and sister-in-law, Dorothy Hafer. The following members of her family are still living: her daughter, Ester Jean Borascius, wife of Stanley, of Schnecksville; her sons, Joseph “Ted” Theodore Hafer and his wife Bernadette, of Auburn, and Gregory S. Hafer and his wife Elaine, of Pottsville; her daughter-in-law, JoAnn (Potosky) Hafer, of Tamaqua; and her grandchildren, Robert Borascius, Joseph Hafer, Lance

In 1940, Carl completed his high school education at Tamaqua High School and went on to study for a single year at Penn State University before enlisting in the United States Navy. Carl was a proud serviceman who served in the United States Navy during World War II. He carried out his responsibilities as a member of the United States Navy with honor. When Carl moved returned to his hometown after a long absence, he quickly found employment at Western Electric in Allentown, where he worked as a machine operator.

He had been with the company for a total of 34 years when he decided to leave earlier than planned in 1985. Carl went to services at the St. John XXIII Catholic Church in Tamaqua in the past, and he went to the St. Ambrose Catholic Church in Schuylkill Haven in more recent years. Carl was a member in good standing of the Eucharist at both of the parishes. 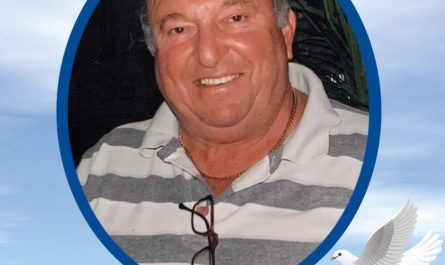